It's that time again

It has been a really long while since I've been really committed to my hot yoga practice. I had a bum summer and so far this month, I've only attended a total of 5 classes.

I am itching to do something positive again for myself, and I completed this challenge once before.

October is my birthday month, the weather gets cooler, it's also darker earlier.

So I have decided what better thing can I do for myself than to at least try another challenge.


Last time around I completed the whole 20 classes and that is my goal once more.

I figure, at the very least, if I only make it to 1/2 that amount of sessions, it's still more than I have finished in a very long time.


Wish me luck my lovelies.

Posted by Blubtrflygrl at 9:11 AM 2 comments:

was classified yesterday as a "Preschooler with a disability".

I'm still trying to wrap my head around exactly what that means. Because I certainly don't see it that way.

And I KNOW my family would also back me up, because they are questioning the terminology as well.


I feel in the grand scheme of things, he is pretty much like every other kid, except with a whole bunch more energy who has trouble with change.

I know those are things many of US struggle with, so I don't think he's really all that different.

I am hopeful that whatever comes from this, and the services he has qualified for, will make his life a 1000% better. And of course, ours too.

Because I would be lying if I said there are not days that he does not drive me totally batty and insane. But isn't that also what EVERY parent goes through?

I also know that I can handle it because we ARE handling it. We are used to it already. He's all we know.


We too could always be so much worse off. I think of many of the people I work with in my own professional life who HAVE it so much worse off............that's why I have such a hard time understanding what this term "disabled" stands for.


I will leave you all with this very touching poem.

Posted by Blubtrflygrl at 7:15 AM No comments: 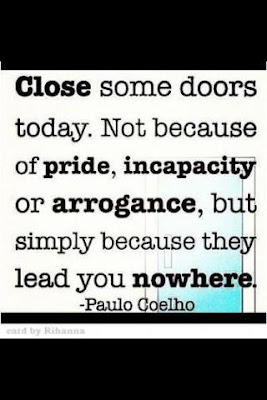 We started nursery school this week. From what I was told, DS did well both days.

However, my ILs noticed that both days in the afternoon, when he returned to their care, he had issues. He was having inconsolable meltdowns, and even moreso, he is fighting again about wearing clothes.

I don't know if it has to do with holding in anxiety at school to "be good", a change in routine, or something else.........


In addition, we also started the district based evaluations this week.


We met with the child psych today. She was very honest that they can't really diagnosis a child with anything until around 7 or 8 because each day they are seen at this age, they can present differently.

She did however say that from the start, she noticed he has a lot of problems focusing and sitting still. The speech therapist who saw him the other day said the same thing. In both sessions, he could not remain seated, was crawling and rolling all over the floor, going from toy to toy, etc.

While she has to score the evaluation still, she feels he does have some sensory issues which are contributing to this.

Apparently the good thing is a lot of regular teachers are aware of this stuff and know how to handle it so it does not have to become a disruption and escalate into bad behavior in class.

The child psych said it could go either way at the meeting in a couple weeks when they decide if he is eligible for services. Best case scenario, they will send a special ed teacher to work with him for a couple hours each week in his nursery school class. Worst, they look to see if he "grows out of this" and will ask him to come back in 6 months for another eval.

He also met with the OT today who said he has a few "borderline" issues with his fine motor skills, but honestly, I think that's BS because 1.) he's not in school enough yet really and has not used scissors and pencils that much and as DH pointed out 2.) he uses a hammer and other tools at this age. (DH is in construction so he follows him all around, wanting to do what he does).

DS also is advanced in terms of being able to do sports kinds of activities, and both the speech therapist and psychologist said his hand/eye coordination is excellent.


It was also pointed out that he appears very intelligent and does do things to kind of "manipulate" people. My family has ALWAYS said this about him. Throughout both sessions this week, when the person would ask him something, he would answer with the wrong thing, and then smile or laugh so they knew he was just being silly about it. It was also said that cognitively, there's absolutely nothing wrong with him.

On Tuesday, they are sending a special educator to the nursery school for about 45 minutes to observe him.

Both the psychologist and the speech therapist are going to call me next week to discuss their final conclusions before we attend the CPSE meeting at the school, at the end of the month.

So that's the latest.

It has been a very busy week, between all this and the craziness of work and I am so looking forward to the weekend to just relax, with no major plans.

Posted by Blubtrflygrl at 10:46 AM No comments: 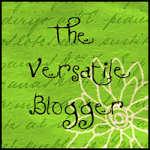